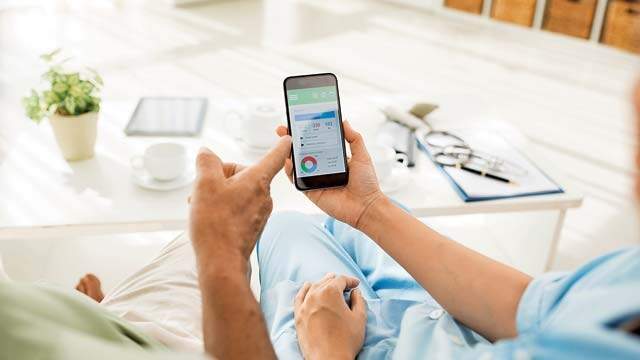 A new smartphone app that analyzes semen has been developed to help men test their infertility at the privacy and comfort of their home, finds new research.

In tests, the researchers found that the easy-to-use smartphone app and accessory analyzes sperm concentration and motility with approximately 98 per cent accuracy.

The research, published in the journal Science Translational Medicine, could offer men a potent weapon to fight infertility as a prevailing cultural and social stigma, and get round the lack of access to seeking an evaluation in resource-limited countries.

“We wanted to come up with a solution to make male infertility testing as simple and affordable as home pregnancy tests,” said Hadi Shafiee from Brigham and Women’s Hospital in Boston, Massachusetts, US.

“Men have to provide semen samples in these rooms at a hospital, a situation in which they often experience stress, embarrassment, pessimism and disappointment,” Shafiee pointed out.

More than 45 million couples worldwide grapple with infertility, but current standard methods for diagnosing male infertility can be expensive, labour-intensive and require testing in a clinical setting.

“Current clinical tests are lab-based, time-consuming and subjective. This test is low-cost, quantitative, highly accurate and can analyse a video of an undiluted, unwashed semen sample in less than five seconds,” Shafiee added.

The analyzer consists of an optical attachment that can connect to a smartphone and a disposable device onto which a semen sample can be loaded.

The new test utilises the advancements in consumer electronics and microfabrication.

A disposable microchip with a capillary tip and a rubber bulb is used for simple, power-free semen sample handling.

The team also designed a user-friendly smartphone application that guides the user through each step of testing, and a miniaturised weight scale that wirelessly connects to smartphones to measure total sperm count.

To evaluate the device, the research team collected and studied 350 clinical semen specimens at the Massachusetts General Hospital Fertility Centre in Boston.

Overall, the smartphone-based device was able to detect abnormal semen samples based on World Health Organisation (WHO) thresholds on sperm concentration and motility with an accuracy of 98 per cent.

“The ability to bring point-of-care sperm testing to the consumer, or health facilities with limited resources, is a true game changer,” co-author of the study John Petrozza, Director of the Massachusetts General Hospital Fertility Centre, said.

The smartphone-based analyzer for semen analysis is currently in a prototyping stage. The researchers said that plan to perform additional tests and will file for Food and Drug Administration (FDA) approval.